How To Be Edgy AND Indie (see also: How Do You Like This Shade of Lipstick?)

As Indie rock has becoming increasingly popular, artists find themselves being pressured into changing their image to make them more “edgy” or “newsworthy”.  For example, during their stint with a major record label, the slowcore band Low was told to trash their hotel rooms, in order to shake up their otherwise bland off-stage personalities. 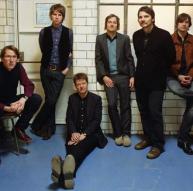 The lead singer of one of these bands went into rehab for a painkiller addiction.  You’d be surprised which one.

So how can a musical genre that is 90% white and 80% male try to make themselves seem hardcore while they reference Faulkner in their songs?  Well…

I’m Edgy Because: I Get Naked

My songs are peppy and sound like they’re from the 60’s…I mean…LOOK AT MY PENIS!

Nudity is awesome.  Well, the right kind of nudity is awesome.  Having the lead singer of The Dresden Dolls go on stage naked to make out with Connor Oberst?  Awesome (except for the fact that Connor Oberst was there instead of, say, Carmen Electra).  Kevin Barnes (above) from Of Montreal flashing his Willy at a Las Vegas show?  Not so awesome.

But, edgy?  You betchya.

Realistically, your music can be whiter than wonder bread, but if you take off your clothes in public locales, your music automatically gets media mention.

That’s not to say that bands like The Dresden Dolls or Of Montreal don’t make good music in their own right.  It’s just to say that they get a lot more Stereogum and Pitchfork references when they take off their clothes. 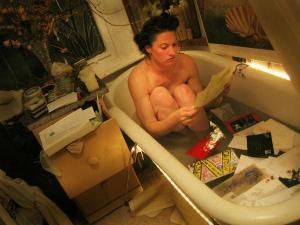 She also wrote a song about a sex change operation, so…

I’m Edgy Because:  I Dress Like a Woman (Though I Am a Guy)

I feel pretty, oh so pretty

While Of Montreal follows this trend as well…

And the Scissor Sisters are essentially known for it…

And David Bowie did it decades ago…

Dressing outlandishly and femininely seems to still be considered a sure-fire way to add some spice to your persona.  Let’s take a look at Patrick Wolf, shall we? 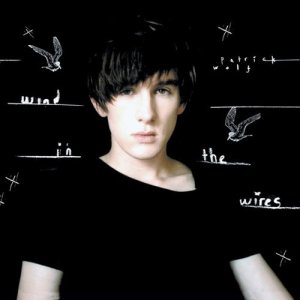 I’m Edgy Because:  I Have Outlandish Stage Antics

Sometimes the music you play, and the way you dress, can only go so far, and you need to have a crazy-shit-storm of a live concert to help you stand out from the rest of the pack.  Do you like to set small fires?  Do you find yourself jumping off of guitar amps and landing on baby puppies?  Are you Amish?  You show that shit on stage, and congratulations!   Your song just got 4 times better!

I’m Edgy Because:  I Dress Like I’m From The Past

I dare say, cantst thou spot me a melody?

Indie Rock borrows a lot from music of the past.  Usually that refers to, say the 60’s or 70’s, but sometimes its taken to mean…the turn of the century.  And while adding some old-timey instruments, like the accordion, or an impoverished child laborer, adds some great zest to a band’s sound, its better to LOOK old timey then to actually SOUND it.  So, we get elaborate vest-suit combos, and The Decemberists.

You combine all of these, and you’ve got the kind of edginess that would make even the most hardened hard rocker tremble.  Or at least, nod their head sullenly as they watch the concert.

I write on occasion. Sometimes it ends up here.
View all posts by Jeff GoodSmith →
This entry was posted in Full of Ish and tagged David Bowie, Hipster, Indie Rock, Man Man, Of Montreal, Patrick Wolf, pitchfork, Scissor Sisters, The Arcade Fire, The Decemberists, The Dresden Dolls, Weird Al, Wilco. Bookmark the permalink.

2 Responses to How To Be Edgy AND Indie (see also: How Do You Like This Shade of Lipstick?)